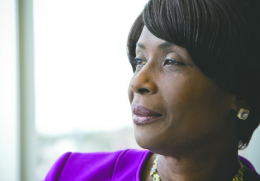 Boston Business Journal recently included Bill Cummings among 50 people who are changing the game of business in Boston.

Frederica Williams and Whittier Street Health Center applaud the 50 men and women who have been named to Boston Business Journal’s Game Changers. Please see the link to the Boston Business Journal in alphabetical order  list. The innovative leaders in this group are truly “making a difference in their business communities, blazing trails, and leaving their mark on the local economy.”

“Game Changers” represents the sixth edition of BBJ’s annual Power 50 awards. Whittier Street Health Center was named a Power 50 by the Boston Business Journal in 2015 and 2016.

Power in the Boston business community traditionally has been wielded by few and guarded closely. Last year in this space, we featured a list of the 50 most powerful business people in Boston, and it turned out to be a controversial one, featuring mainly older, white men. We believe our list was accurate, highlighting the fact that power remains in the hands of a small group of historically privileged people. The feedback we received from the community led to several dialogues over the ensuing months about where power lies in Boston, and changes to the way we approached the list this year.

As an example, last year’s organized opposition to the bid for the 2024 Summer Olympics in Boston — called No Boston Olympics — showed that a diverse community can wield significant power in the face of the city’s elite. The success of that group, and others like it, led us to ask a different question this year, one that follows the theme of the games: Who else is changing the game of business in Boston — and who has done so in the past year?

With that, we offer up the sixth-annual Boston Business Journal Power 50: The Game Changers. It includes men and women from multiple industries and professions who are making a difference in their business communities, blazing trails and leaving their mark on the local economy. Profiles of the winners will be included in a supplement to the BBJ on Nov. 18.

As with all lists like this, there are lots of qualified people who were left off this year’s roster. Tell me what you think at dbanks@bizjournals.com. Doug Banks oversees the editorial department