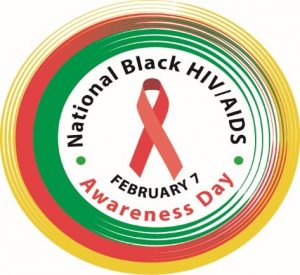 February 7th 2017 is National Black HIV/AIDS Awareness Day (NBHAAD) and the theme for this year is:  I Am My Brother’s and Sister’s Keeper: Fight HIV/AIDS. Across the nation each year, individuals and organizations like Whittier Street Health Center join the nation to observe National Black HIV/AIDS Awareness Day to promote HIV education, testing, involve the community in HIV prevention and awareness and treatment.

It has been well documented in various research and surveillance data that Blacks are the hardest affected group by the HIV/AIDS pandemic. According to the CDC, compared with other races and ethnicities, African Americans account for a higher proportion of new HIV diagnoses, those living with HIV, and those ever diagnosed with AIDS.

HIV/AIDS in the United States

At Whittier Street Health Center, we have a comprehensive Infectious Disease program that addresses HIV infection at every stage of the HIV continuum. We have programs that target prevention of HIV among all populations, ethnicity and all ages. Our community health workers are out in the community five days a week at various high risk locations, where we offer HIV prevention counseling, condom distribution and HIV testing, referral and linkage to comprehensive care. We also identify those who are previously diagnosed with HIV/AIDS and link them to treatment. Our Ryan White program works with those living with HIV to remain virally suppressed and stay in treatment. This is achieved by working in collaboration with a High Risk Nurse and the prescribing providers to ensure that the psychosocial needs of the patients are met so that they can concentrate on the most important aspect of their treatment, which is taking their medications. We have an Education and Outreach program that targets primarily Black MSM ages 15-29 with HIV prevention strategies. We have a team of highly skilled HIV providers that speak multiple languages, who also belong to the LGBTQ population. In addition, we have a dedicated HIV specialist (physician) who works with providers to manage HIV/AIDS patients who require more specialized care. A peer support advocate runs the peer support group for people living with HIV and AIDS to provide support to the group members. This is a mixed group that meets weekly and is comprised of both heterosexual and LGBTQ participants of many different nationalities.

What can you do to protect yourself from HIV?