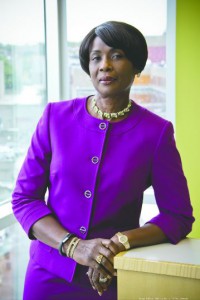 With a vote expected this week in Congress to reauthorize funding for community health centers, local health centers say the uncertainty around the funding is already hurting them financially.

Meanwhile, the state has between two and four months remaining in another source of federal funds that goes to children’s health insurance. Gov. Charlie Baker wrote a letter this week urging Congress to act on pending legislation that would reauthorize both types of funding to states.

Federal funds for both the Children’s Health Insurance Program, or CHIP, and for community health centers expired on Oct. 1. According to a spokesman from the Baker administration, Massachusetts has enough funds for the CHIP to last until the end of December, and the governor plans to apply for available federal funding that would further sustain the program until February.

Congress is likely to take a vote Friday on Republican legislation to restore funding. House Democrats leadership reportedly oppose some proposals for how to pay for it, and it isn’t clear if the Senate would pass the same bill anyway.

Despite potential action, the uncertainty around the funding is already hurting some community health centers. Frederica Williams, president and CEO of Whittier Street Health Center, said the community health center funding provides $5 million annually to her program, or 15 percent of her operating budget, and allows the center to receive additional federal funding through other federal agencies.

“The uncertainty is impacting us now,” she said. “It is difficult to plan strategically in a volatile environment, and it would be devastating to a community that has higher mortality and morbidity rates if it does happen.”

Williams added that the lack of certainty around federal funding also diminishes the center’s ability to inspire confidence and trust from donors.

Kerin O’Toole, with the Massachusetts League of Community Health Centers, said the funding cliff for community health centers would begin to be felt by January, but indirect effects have already started.

“Uncertainty around whether or not this funding will be authorized has led to hiring freezes, difficulty in recruiting new providers and the inability to secure financing for capital projects aimed at increasing capacity at health centers,” she said.

While the federal funding amounts to $80 million, O’Toole said the loss of that money would be compounded given that health centers leverage the funding to generate additional revenue. She estimates that the loss of federal funding would result in a funding cut of $196 million to Massachusetts, and result in 141,000 patients losing access to care.

The letter from Gov. Baker was sent to House Speaker and U.S. Rep. Paul Ryan and Minority Speaker and U.S. Rep. Nancy Pelosi on Nov. 1. In it, Baker urged the House to “quickly” approve the Health Kids Act and Champion Act. That legislation would provide $295 million annually to Massachusetts through the Children’s Health Insurance Fund, according to Baker, and $80 million annually to community health centers in Massachusetts, according to the Mass League of Community Health Centers.

The letter echoes sentiments Baker spelled out earlier in October, when he wrote a letter to U.S. Sen Elizabeth Warren urging Congress to act quickly on CHIP funding and Community Health Center funding.

Baker said that the Community Health Center Fund provides funding to 58 community health centers in Massachusetts and covers just under 1 million people. He also argued that the Children’s Health Insurance Program provides insurance to 160,000 young people in Massachusetts and has decreased the uninsured rate for youth from 14.9 percent to 4.8 percent nationally.

“It is essential that this program (be) reauthorized as soon as possible because further inaction on CHIP will lead to country-wide uncertainty for millions of American families and ultimately put our children at risk,” Baker wrote.