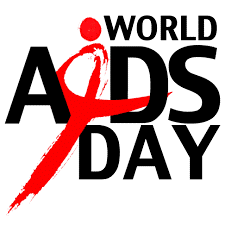 December 1st  is World AIDS Day, a day to acknowledge our progress in HIV prevention and treatment around the world and renew our commitment to a future free of HIV. This year’s theme, Leadership. Commitment. Impact., calls leaders to strengthen their commitment to using evidence-based HIV interventions, prevention tools, and testing efforts to help us stop HIV (CDC).

This year, Whittier Street Health Center (WSHC) is following its tradition of celebrating World AIDS Day on Thursday, December 1st, 2016 from 10:30AM – 2:30PM in the Community Education Room on the 2nd floor. This event is taking HIV awareness to the community by inviting several community members to the all-day event. Dawn Fukuda who is the Director, Office of HIV/AIDS at Massachusetts Department of Public Health is expected to be the special guest of honor at the event. Dr. Gal Mayer, who is a medical scientist from Gilead, will be our speaker and will be focusing on PrEP.

Pre-exposure prophylaxis (or PrEP) is when people at very high risk for HIV take HIV medicines daily to lower their chances of getting infected. PrEP can stop HIV from taking hold and spreading throughout the body. It is highly effective for preventing HIV if used as prescribed, but it is much less effective when not taken consistently (CDC). It is recommended that people who use PrEP also maintain other preventive measures. In several studies of PrEP, the risk of getting HIV infection was much lower, up to 92% lower for those who took the medicine consistently. PrEP should only be used if one is HIV negative. Anyone starting PrEP must first be tested for HIV to make sure they are HIV negative. PrEP is safe but needs to be taken regularly.

Facts about HIV in Massachusetts and Nationally

According to CDC In 2015 39,513 people were diagnosed with HIV infection in the United States. More than 1.2 million people are living with HIV, and about 1 in 8 don’t know it.

But we have seen encouraging trends in some populations. The number of new HIV diagnoses fell 19% from 2005 to 2014, with large declines among heterosexuals and persons who inject drugs (PWID). Gay and bisexual men continue to be the most affected population, accounting for two-thirds of new diagnoses.

Human Immunodeficiency Virus (HIV) is the virus that causes HIV infection and AIDS. The HIV infected person may, or may not have AIDS. They may or may not have signs or symptoms of illness but are still infectious to others. There are usually no signs and symptoms, but early warning signs include fever, skin rash, diarrhea, swollen glands, fatigue, cough, oral problems, and weight loss.